What Not to Put in the Garbage Disposal

Home What Not to Put in the Garbage Disposal 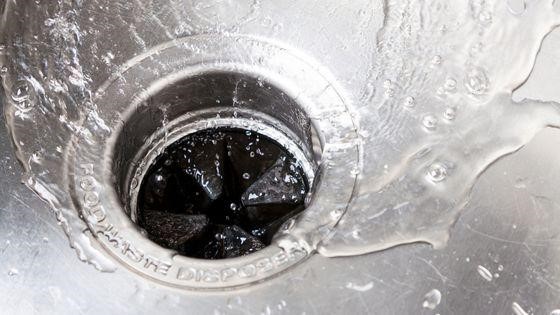 Garbage disposals are a great help in the kitchen, due to their practicality, convenience and ease when disposing of waste. However, some precautions must be taken into account as it can also be pretty dangerous when misused. In addition, much of the waste that we usually put down the garbage disposal can be counterproductive to the operation of the device. Although garbage disposals are designed to have enough power to destroy solid debris, it is not true that we can throw anything down there. To shed light on this matter, we put together a guide on what not to put in the garbage disposal. Be sure to read all the tips in this blog make by plumbers in Dallas.

Having a garbage disposal makes the kitchen cleaning task during and after cooking much easier. When washing utensils, dishes and pots, it is common for food to stick around. The disposer can help you dispose of them hassle-free, preventing a clog in your dishwasher drain. Using it correctly is essential so that it does not suffer avoidable damage and so you can extend the garbage disposal’s operational life.

Remember that the equipment is designed to destroy food. Any other item that is not edible, you should throw it in the trash. In addition, you should not pour cooking fat or starch into the appliance. Fat can solidify inside and clog the leaves or clog the drain, and a similar thing can happen with starch. Any food you put down there should be considerably small in size so as not to pose a problem for the garbage disposal system. The pieces should be about bite sized so they don’t unnecessarily strain the garbage disposal. You can cut up the larger pieces with a knife before throwing them into the disposer.

Another useful tip is not to pour all the food remains in at once, but to do it little by little, in small amounts. It is advisable to throw the waste in handfuls. When the grinding sound stops, you’re ready to throw a new handful of food. If you put everything together, it could overload the equipment and cause some damage, such as jamming the blades. This can result in an expensive repair job or even a complete malfunction of the device, which must then be replaced with a new one. If something like this happens, you might want to read our article about how to hire a plumber.

When you’re done cleaning up the food scraps, keep the garbage disposal on for about 30 additional seconds (with cold water running). Leaving the equipment running for an extra period of time when you’ve put in the last handful of food will assure that there are no leftovers in the system. Not doing so can lead to jammed blades the next time you turn on the garbage disposal, which should of course be avoided whenever possible. Once you have turned off the equipment, it is also recommended to let the water run for another 15 seconds. This will help rinse the blades and remove any food debris that may have been left behind. Remember to use cold water, to avoid heating up the small fat deposits and allowing it to cause more damage to your pipes down the line.

5 forbidden foods: what not to put in the garbage disposal

These are good ways to prevent drain clogs, so do not hesitate to apply them in your home.

How to clean the garbage disposal

In addition to being mindful of what you throw into the garbage disposal, it’s a good idea to properly clean the equipment to keep it in working order. A simple way to clean equipment is to use dishwashing detergent after each use. You can pour in a stream of detergent when you have finished grinding the food, and turn the equipment back on while the cold water is running. Dishwashing detergent removes grease that may have remained in the garbage disposal, freeing the blades of these substances.

Another way of cleaning the garbage disposal is using ice cubes and lemon. Add a few cubes with the grinder turned off, then a few lemon slices and top with more ice. When you turn on the grinder, the ice chips will help break up any leftover food, while the acidity of the lemon will help kill bacteria. You can also use baking soda to remove bad odors. When finished, rinse the garbage disposal by running cold water.

In addition to considering what not to put in the garbage disposal, there are other tips for maintaining your equipment. Remember to turn it on frequently to prevent it from rusting or accumulating dirt. In case of any problem that may arise, you can contact our team of Metro-Flow Plumbing professionals, who will give you the best solution in the shortest possible time.

Thank you for checking in with us for another edition of our blog. Have a good one Dallas!

Our 100% Customer Satisfaction Guarantee includes a 5 year warranty on parts and labor.  At Metro-Flow Plumbing we will respond quickly, especially to tend to emergency services, 24 hours a day, 7 days a week. We are committed to working until you are completely satisfied with our work. Please enjoy $30 OFF on work performed.​​ Mention METROFLOWCARES for us to apply this discount to your invoice. If you find yourself face-to-face with a plumbing problem, please call us at 214-328-7371. One of our certified plumbing technicians is ready to assist you 24/7.

Sign up to our newsletter for the latest plumbing tips and discounts.